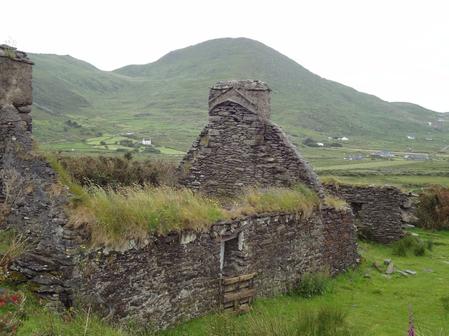 The City That Care Forgot?  No indeed!  From the backyard barbecues to limousine rides to extravagant parades, every gathering has been a celebration of her existence.  A wide spectrum of humanity have lived, loved, worked and played within her boundaries, yet it took the fun loving Irish to forever elevate her to a magnificent new dimension.

Since the morning of her birth on April 16, 1718, New Orleans has worn her mantel of diversity with a distinctive flair.  The following 258 years were filled with a medley of historical events until her ultimate distinction – formation of The Downtown Irish Club.

While waiting for Pete Fountain’s Half Fast Marching Club to pass on Mardi Gras morning of 1977, Eddie Griffin and Jim Monaghan discussed the need for a St. Patrick’s Day Parade in the downtown area.  Both were members of the Irish Channel Marching Club, but were refused the honor of becoming Grand Marshal due to residential requirements.  Several meetings were called with Ninth Ward bar owners Roy Markey, Bud Ripoll and Clem Huerstel.  However, it wasn’t until one night in July seated at the “round table” in Bud’s that the idea finally took root.  Everyone paid dues of $20.00 except judge Early who paid $50.00 to be the first Gold Card member and the new “Club” was officially formed.  It was agreed that the Parade would always be held on St. Patrick’s Day.

Five additional meetings were held prior to the actual Parade and on March 12th the first Practice Parade was organized for the purpose of assisting members to “get in the mood.”  Doubloons, cast with a likeness of the Grand Marshal, were obtained through Joe Cummings and Sandy’s Tuxedo provided Edwardian attire complete with top hats.

On Tuesday, March 17th, 1977, the first Parade, which covered a three mile route began at 6:30 p.m. and wound its way through the Ninth Ward to the delight of local residents.  Decorated trucks from bars of Club officers added spice to the colorful Parade.  Thirsty marchers paused at pubs along the route into the French Quarter before continuing to the next watering hole.  The gala party completed their march on Canal Street and attended the final event of the day, a Dance held in the Grand Ballroom of the Sheraton Hotel.

A meeting was called the following week to assess sentiments of participants with a resounding vote of approval.  Thus, preparation for the next Parade proceeded as Jim Monaghan won a coin toss with Roy Markey to become the second Grand Marshal.  News of the festivities spread like wild fire, eager party-minded locals rushed to join a membership grew by leaps and bounds.

Through the succeeding years, a host of officers and members, too numerous to mention, made outstanding contributions to the ongoing success of the Club.  Although the leadership has changed on several occasions and the yearly events have changed, the club membership now totals nearly 350.  Recently the yearly agenda included monthly meetings, Camaraderie Saturdays, golf tournaments, bowling tournaments, the Halfway to St. Patrick’s Day Practice Parade and Block Party, a Christmas Dance, a charity Christmas Ride, the Limousine Ride and pre and post St. Patrick’s Day parties.  But for the past 34 years, the Annual Downtown Irish Club Parade remains a staple in the culture of New Orleans.